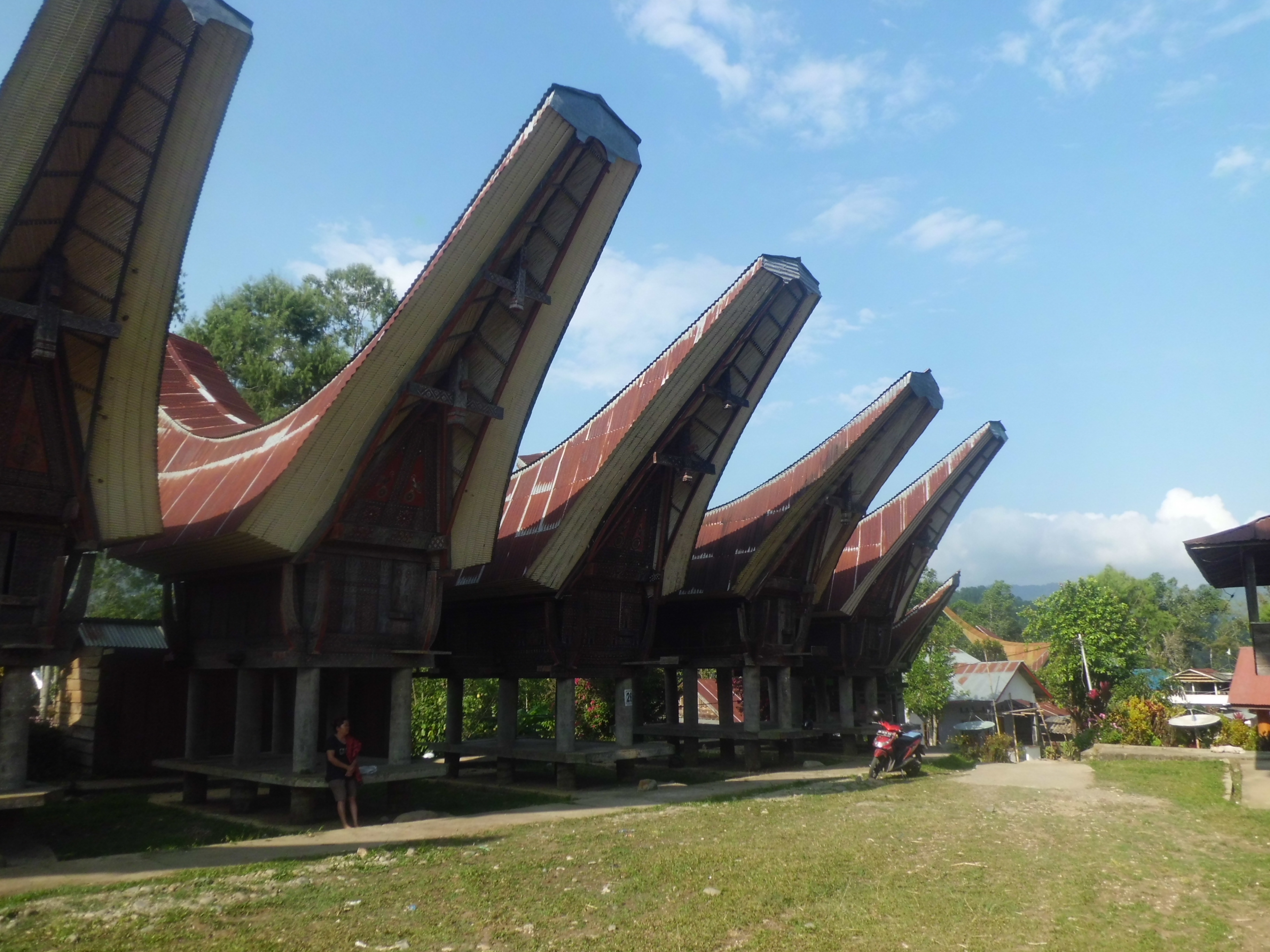 Through past decades tourism activities in Toraja has fluctuated over the dynamics of the political, social, and national security in Indonesia. Toraja is an icon of Indonesian tourism is also well known among foreign countries. As a destination Toraja having enjoyed periods of glory in the early decades of the 2000s and earlier. Number of tourists (especially foreign tourists) had reached 37,805 people in 2001 and then decreased continuously to be 4,989 people in 2007 (Biro Pusat Statistik). Todays the number of tourists have begun to increase, and even the percentage of domestic tourists started to increase significantly. But as a tourist-hosting society undergoes economic and cultural changes through its intensifying contact with outsiders, cultural values contained in Toraja society have undergone a change. The local community tends to convert their agricultural land into a business place to support tourism such as building hotels and restaurants, and abandoned their traditional houses as monuments. Under the influence of modern tourism, many traditional settlements are developing into a contemporary design and less suitable for actual occupation. 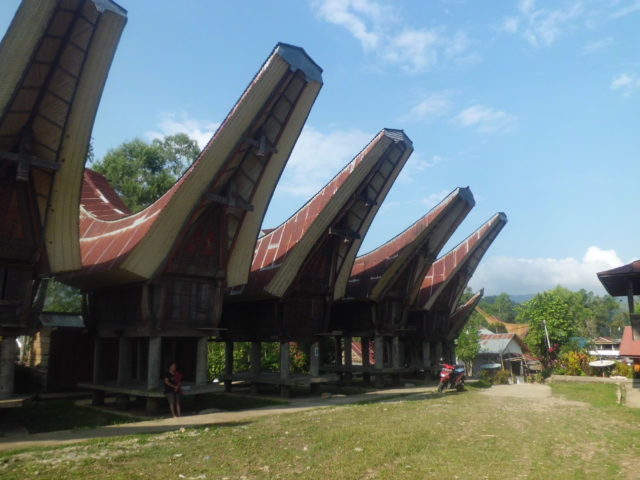 In public life in a particular community, one community will be in touch with other communities. In traditional societies it is called to share with people around the community elements that are considered acceptable in meeting the needs in the field of architecture. The elements of this adaptation can be practical, symbols, and both of these elements. In Toraja people as an example of this can be seen from a few examples of the elements in the construction of roof. The use of aluminum or zinc roof is certainly more for practical reasons. While some examples related to symbols example are the decorative carvings or paintings and ornaments on the parts of the house that does not represent the beliefs or culture, but used as part of the adaptation of contemporary art.

Toraja people today are mostly already left the beliefs and rituals of Alukta. Rituals associated with the Alukta underwent a change, as well as the location of settlements in the Toraja people is no longer associated with specific area but rather the more accessible region. Aside from economic considerations, Toraja society is also changing from an agrarian society to an industrial society. Currently the Toraja people prefer to leave their hometown to seek employment in areas more advanced like to Makassar and other areas outside the island of Sulawesi. In addition to activities closely related to Alukta, cultural manifestations of Toraja people in physical forms of architecture. Research conducted by Crystal in Toraja society (Crystal, 1987) described several things related to culture influencing Toraja architecture such as when tourism activities in 1980s opened the isolation of Toraja region, changes in construction techniques, materials and design have been introduced. Often, modem brick and plaster Indonesian standard dwellings are constructed first and are subsequently joined by wooden Toraja houses raised side by side. By the late year 2015 observation conducted by the author in Toraja found hotel occupancy rate down below 10%. In depth interview with local people actively involved in tourism suggests that mostly foreign tourist tend to stay with indigineous people in local settlement to experience traditional Toraja features such as stay in what people called “tongkonan”. A “tongkonan” was built with natural materials like timber, bamboo, rattan, and wooden tree. Timber or bamboo piles were used to made frames and posts. But the spectacular distinctive  part of ‘tongkonan’ structure is its roof. It was covered with thatch and steeply pitched and shaped in the form of a saddle back, that’s what Toraja traditional house was renowned and attractive to tourist.  The tongkonan dwelling not only expresses the relationship between heaven, earth and underworld but also echoed the symbolic meanings attributes to different parts of structure and the social live of Toraja people. By the 1980s tourism in Toraja has its peak. The burial ceremonies as a way of Torajan life become the most attractive thing to tourist alongside the traditional architecture and its surrounding breathtaking landscape. As years went by, and people live better life, the social life of Toraja people also changed. People no longer build houses according to traditional design. Modern brick and corrugated roof now dominated the Toraja people dwelling.

The emerging trend in tourism has triggering the Indonesian government to preserve the traditional Toraja dwelling along with its local way of life through a series of nomination as world heritage sites and avoiding it being risked from contemporary influences that tourism activities bring as Goeldner and Ritchie (2012) stated that “culture is a very permanent characteristic of a destination, and one that can not (and should not) be changed simply to enhance tourism development, and that’s how the social and cultural conditions reflect the structure  of the community in the past and the way people live in the present.