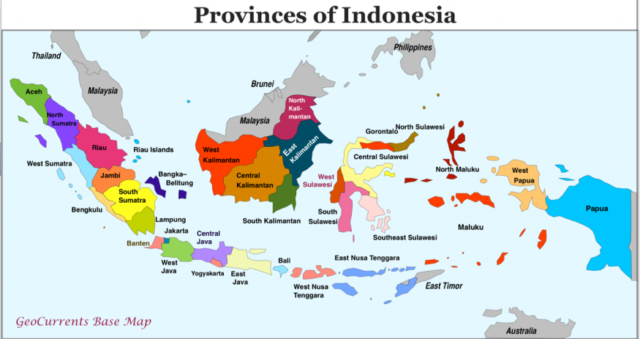 The online article in the guardian.com, the British national daily newspaper, about Indonesia holidays is really enlightening to read. Wikipedia said the guardian newspaper’s online edition was the fifth most 2014 widely read. Both of the print and online contents reach over 42.6 million readers in the world. Whilst, 9 million readers were British itself. Nationally, President Joko “Jokowi” Widodo does the same by officially invite almost 90% of the world country’s citizen to visit Indonesia through visitation free-visa policy No. 21/ 2016. This invitation is addressed to 169 countries among 193 member states population based on the member of the United Nations (UN) states. These ideas aimed to boost number of foreign tourist arrivals to Indonesia and promote Indonesia as the worldwide destination. In this case, Indonesian travel and tourism stakeholders should thank to the guardian, particularly to the author for the article that encourage a reader to visit Indonesia.

However, the ideas would be less effective to reach the goal without sufficient or complete information about Indonesia as the whole destination. For instance, the guardian’s article of Indonesia holidays might also stimulate the question about the complete information of Indonesia tourism destination since a limited information of Indonesia as a whole package of the wonderful tourism destination will mislead and place the visitation only in a popular destination such as Bali. Indeed, it is Indonesia travel and tourism stakeholders’ homework to think about, act and produce a complete Indonesia tourism guidelines for the world to know. The strong cultural and beautifully landscape of Indonesia’s island of Bali have already attracted millions of visitors. But, the extraordinary enjoyments from the rest of more than 17,000 magnificent islands of Indonesia’s archipelago are still unexplored. Even though, Ministry of Tourism and Creative Economy along with the private sector create and organize DEEP and EXTREME Indonesia event since 2007 that aimed to explore and promote a diving destination as well as extreme sports, outdoor adventure and ecotourism exhibition across the archipelago. The homework to produce a comprehensive Indonesia tourism’s destination guidelines as a worldwide tourism target is also a duty for all Indonesian.

Therefore, there might be a good idea to borrow a breakthrough idea of “Jakarta Smart City” for Indonesia travel and tourism stakeholders in identifying, developing and delivering wonderful Indonesia to cover numbers of Indonesia tourism’s popular and less-known destination as well as unexplored one based on the information, technology and communication (ICT) digital system. Jakarta authorities initiate and launch the application to monitor the Indonesia capital city to have more efficient, effective and sustain with the involvement and active participation from a wider available resource through the global advance technology application such as ‘qlue’ the map-based system application to deal with issues surround the city in real time e.g. citizen’s complaints through analytics, surveying mode, social-media integration and ranking systems.

A roughly idea to have similar application such “Wonderful Indonesia” digital system to work on particular information might a good start to achieve the goal of having a complete Indonesia tourism’s destination guidelines that could cover Indonesia five main islands such as Java, Sumatra, Kalimantan, Sulawesi and Irian Jaya. Thus, the further effort to produce an information that contain all Indonesia archipelago in the long-term plan is necessary to be done. Indeed, lots of assignment to be done and an instability changes make tomorrow’s as an uncertain one such as structure and infrastructure in business sector, and facilities including human resources development and social awareness. But, theoretically, it is nothing to be worried about if involvement from all Indonesian different expertise and nurturing an innovative idea as well as action to make the goal in providing the Indonesia destination as the complete one is taking place.