Attitude towards Human-Wildlife Interaction in Tourism

Human interactions with animal have existed since a long time ago. The interactions can be illustrated from the role of food, co-worker, companions, as well as recreation. Tourism sectors related to wildlife are increasingly popular and becoming one of the four setting attributes desired in a tourist experience (Manfredo, 2008). 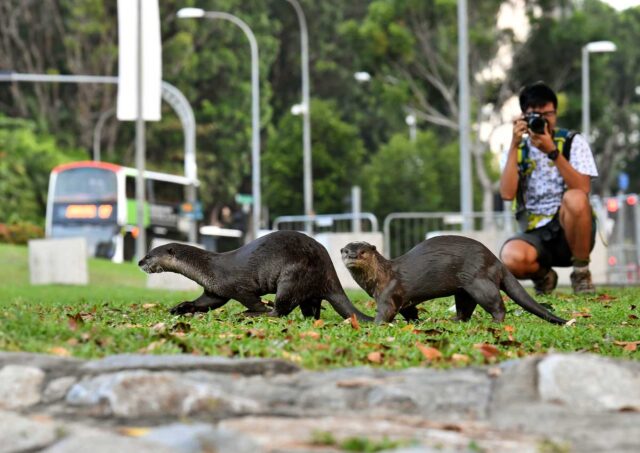 Some of the tourism-related activities offering human-wildlife interaction are bird watching, fishing, hunting, snorkelling, diving, wildlife viewing, animal circus, swimming with animals, and animal riding. Through this interaction, research has revealed two predominant wildlife value orientations: Domination, where wildlife exists for humans to use, and Mutualism, where wildlife deserves rights and care. (Jacobs et al., 2014). However, how much could we take benefit of animal? What level of involvement should we take care of wildlife?

There is some attitude we should take into account when we interact with wildlife in the context of tourism.

Firstly, can we feed animals? In a natural setting, feeding wildlife could cause considerable harm to individual animals, populations, ecosystems, and even humans. Feeding wildlife is very likely modifying the behaviour of wildlife in a natural area. The animal being fed can be dependent on humans and reducing their capabilities to find enough food on their own. Furthermore, Feeding animal is very likely to modify the ecosystem. There might be a highly increasing population to the detriment of other species. The activities of animal feedings could also present a danger to humans. Be noted that some, which is considered no threat to healthy adults might be a problem for disabled or small children.

Secondly, is it ethical to ride an animal? Riding animal has been popular tourists’ attraction for decades. Fortunately, people are starting to get more conscious of ethical issues in animal rides. Why is animal rides considered as unethical tourism activities? Some people think that carrying tourists on their back is not normal animal behaviour; it is merely done to please tourists’ desire to sit on a wild animal. People concern on how animal tamer mistreating wild animal to make them obey human. However, when a good relationship is maintained with them, in which animals are not abused and cared appropriately, no kicking, no harming animal, no overwork, and we feed them properly, animal rides is acceptable.

Next, do we allow to touch wildlife? Animals, especially the babies, triggers people to reach them because of their cuteness. You may want to touch them, but please don’t! If you find looks-like-abandoned-animals, out in the wildlife, you can look, but do not remove them, especially the babies, unless you are sure that they are in danger (for example, being attacked by cats or dogs, or they are found in the middle of the road). The parents of the babies would come back for them, and if you remove them from the first area, it would be difficult for the parents to find their babies. Wildlife is also highly susceptible to diseases from human bodies. Humans’ hands can be a media for transferring virus. They can die from bacterias transferred from hands that do not affect human. Wildlife can react badly to lotion, perfume, shower gel, bug spray, and so on. If you touch them, you can end up killing them, especially when they are very fragile of touch.

Finally, what about killing animals for leisure purposes? Let me know what you think 😉