The Politics of Artifacts

“Does the moral agency here ultimately reside with the designer of the technology? Or should we come to regard technologies themselves as moral agents? That would mean a second Copernican revolution in ethics: after Kant had shifted the source of morality from God to man, it would then be shifted further still into the realm of artefacts” (cf. Verbeek 2003)? 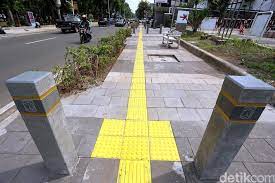 personally believe that human adopt technology based on the provisions of God or belief. For instance, religion forbids stealing, people who believe in or religion or belief, will avoid such actions, however nowadays many people do not afraid that much with god or even did not believe in god. Therefore human create the technology (as power) to educate people, stimulate, or sometimes determine our behaviour, to urge people behave better.

People with the technology always design something with the reasons. They design everything with intention to make people behave in certain way. So that is certainly pointing that the artifacts have politics. For example the line in park area which educate people to park neatly.  The object which we found sometimes guarantee a certain behaviour. This is called the morality of things. However, moral of society somehow is getting worse so a lot of people break the rules.